FUN FACT : The first record player was built in 1877, by Thomas Edison! The device name was a Phonograph which later fell under the profile – Record Player. This device was modified to improve quality and efficiency. It wasn’t until 1906, the Victrola model was made which is the most well known Record player to date. Record players were found in every home until the early 1970’s when the Cassette tape was the “must have” device!

NOW LET’S GET TO THE FUN STUFF –

** Vinyl Records have had a sudden burst in popularity, but why? Although I would love to see record players come back to date I doubt that is the case. I began doing some research…

This is nothing new but collecting and decorating with vinyl records is trending once again! Here are some FUN ideas and “How-to” articles to keep up with the trend ! 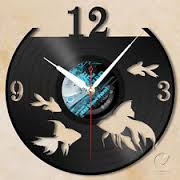 2.) Vinyl Record- Desert Tray for your next party ! 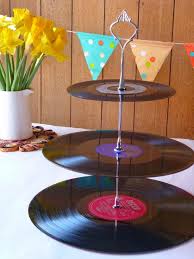 Copy & paste link below into address bar for “How-to” Instructions! 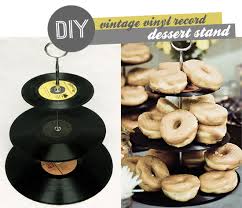 Copy & paste link below into address bar for “How-to” Instructions!

** YOU CAN PICK-UP YOUR RECORDS TODAY @ DEERFIELD THRIFT**

The idea of recycling is to reuse material already at hand. Doing this reduces the progression of built up material on our planet. The goal is to have a cleaner less cluttered earth and enjoy more of Its natural beauty !
Every year there is an increase of people jumping on bored with recycling. We encourage others and give a friendly reminder you can introduce fun ways to recycle.

Caution: Keep in mind that it is always important to use all safety precautions when working with any equipment

— above is an excerpt from The Word For Today Devotional

At some points in our lives, it is difficult to feel that love, especially when we’re struggling with a difficult and emotionally challenging event.  That is when we need it most.

Do you remember Footprints in The Sand by Mary Stevenson – “I have noticed that during the most trying periods of my life there have been only one set of footprints in the sand.  Why, when I needed you most, you have not been there for me?”  The Lord replied, “The times when you have seen only one set of footprints, is when I carried you.”   (full poem printed below & learn more info about it by clicking on title)

This is where our true faith is needed, when we believe without seeng, sometimes called ‘blind faith’.  After Christ’s resurrection,  John 20:28-29 reads “Thomas answered and said to Him, “My Lord and My God!”  Jesus said to him, “Because you have seen Me, have you believed?  Blessed are they who did not see, and yet believed.”

Believing is what opens us up to receiving and feeling that love being spoken of in the above devotional.  Still have doubts about the existence of Christ?

“The battle between faith and reason on one side and emotions and imagination on the other… Supposing a man’s reason once decides that weight of evidence is for Christianity.  I can tell that man what is going to happen to him in the next few weeks.  There will come a moment when there is bad news, or he is in trouble, or is living among a lot of other people who do not believe it, and all at once, his emotions will rise up and carry out a sort of blitz on his belief.  Or else there will come a moment when he wants a woman, or wants to tell a lie, or feels very pleased with himself, or sees a chance of making a little money in some way that is not perfectly fair:  some moment, in fact, at which it would be very convenient if Christianity were not true.” – C.S. Lewis, author of The Chronicles of Narnia.

So, many have shared feelings of doubts in God’s love for us.  You are not alone, you share those doubts with many before you.  Now stand with faith and belief in God and Know with certainty,

“I Matter Because God Loves ME” 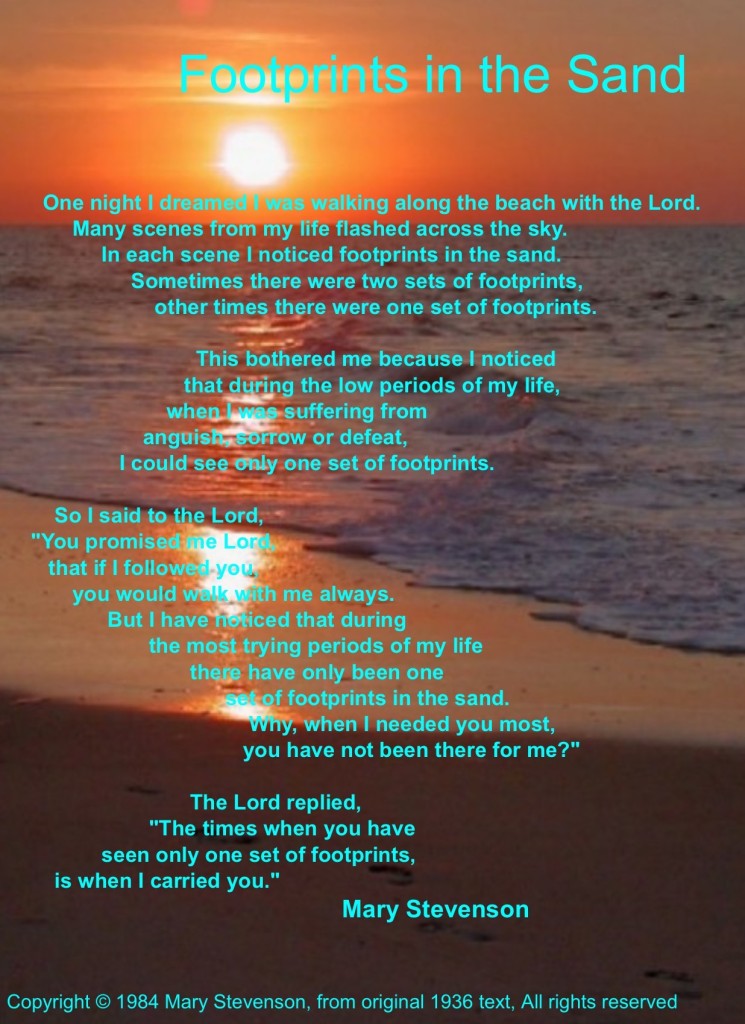 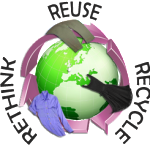 Thrift shops are a great resource for donating or buying used clothing.

Recycling unwanted clothing reduces landfill waste as well as the amount of resources needed to produce new clothing.  It also lessens the waste produced by the manufacturing process — clothing scraps end up in the landfill, too.  Used clothing can be donated, sold or disassembled for the fabric.

There are multiple environmental benefits associated with recycling clothing. It reduces the amount of pesticides used in growing cotton or to make fabrics from petroleum sources and the water needed to dye fabrics, and cuts down on the pollutants, greenhouse gases and volatile organic compounds released into the water and air from manufacturing processes. — from Earth911: Facts About Clothes

start saving your wine bottles & have your girls over for a night of crafts! I put together this weekly blog “Go Green With..” to encourage recycling !  I want to start off with crafty ways to recycle wine bottles because well… who doesn’t love wine?

I have 6 total projects on this topic, but you will have to check back each week to see what they are & steps on how to do them.

Drinking wine will never be the same after keeping up with us this next 6 weeks.You will find yourself enjoying a glass of wine while brainstorming your next crafty idea for the bottle when your done.

3.) HOLIDAY DECOR-Time To Get Artistic!

BOOKMARK this page for the holiday season!

(It will be here before we know it!)

Bring on the holiday decor ! How fun would these be for the next holiday get together ! What about an easy and fun gift for a wine lover?

here are some creative ways to get festive at very little cost! Show your family & friends your artistic talents! 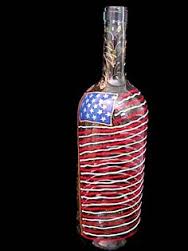 Decorate the bottle and bring it to your 4th of July BBQ! IT WILL BE A HIT ! 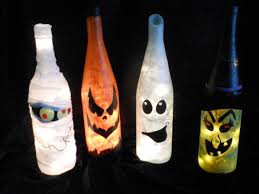 What a fun way to decorate for a costume party! 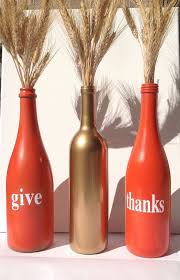 Decorate your dinner table at Thanksgiving ! 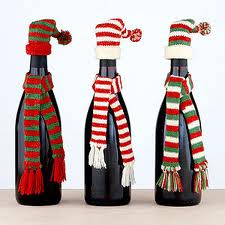 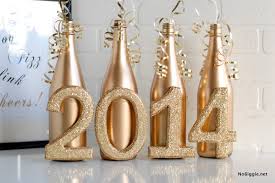 DONT STOP WITH JUST THESE IDEAS! Let your creative mind take it to the next level ! Possibilities are endless with this one ladies!

The idea of recycling is to reuse material already at hand. Doing this reduces the progression of built up material on our planet. The goal is to have a cleaner less cluttered earth and enjoy more of Its natural beauty !
Every year there is an increase of people jumping on bored with recycling. To encourage others and give yourself a friendly reminder you can introduce fun ways to recycle.
So start saving your wine bottles and have some friends and family over for a night of crafts! 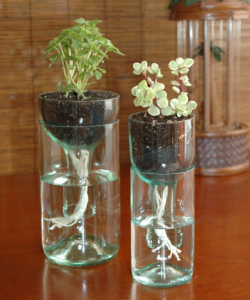 Caution: Keep in mind that you will be working with glass so it is important to use all safety precautions !

As always we would love to hear from you! Leave us a comment on your experience doing project #4 and/or share with us other creative ways you have recycled your wine bottles.

Recycling Facts about Clothing that you probably haven’t heard before.  REUSING is the purest form of Recycling!

Have you ever discarded clothing because you didn’t like it any more?  Didn’t feel like making a trip to the thrift store to donate it?

Perhaps, the following facts will change your mind the next time you’re thinking

To grow the fiber for;

987 gallons of water are required for one pair of jeans!

An estimated 12.4 million tons of textiles were generated in 2008, or 5.0 percent of total municipal solid waste (MSW) generation. (EPA) 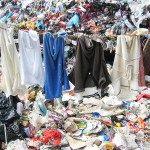 according to the Council for Textile Recycling.

This 20 billion pounds of post consumer textile waste represents 60 pounds for every person in the United States. 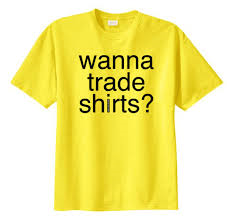 Blog Special ONLY! – Bring in a gently owned (or new!) top or bag of clothing to donate and pick one from our racks for FREE!

(white/blue tags with one, a whole bag will get you a yellow tagged top!)

Thanks for reading and showing interest in GOING GREEN!  Check back often for more facts and information & feel Free to add your own thoughts and comments … pass it on!